*I hope you appreciate the pictures in this post because, I am not exaggerating, it took me two hours to get them on here. I am having serious computer issues. If only there were someone in my family who knew a lot about computers...*

His favorite place to hang out, or at least to get my attention, is the top of the kitchen table. Part of the problem is that he knows how to get up there, but has no idea how to get down. We're working on that down part. 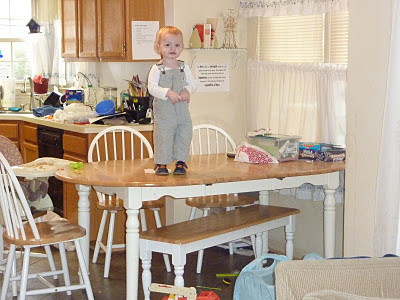 Sammy loves Winnie the Pooh. My favorite word that he says right now is "Wi Pooh!" It is just so sweet. The "Wi" part is more like a wistful little puff of air and then "Pooh" is strong and emotional. 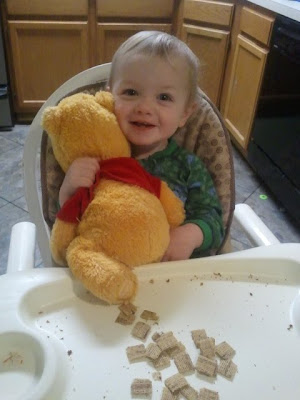 He's a happy, energetic boy. He keeps up with his siblings no matter what they're doing. I really don't think it ever occurs to him that he might not be able to do whatever they're doing. 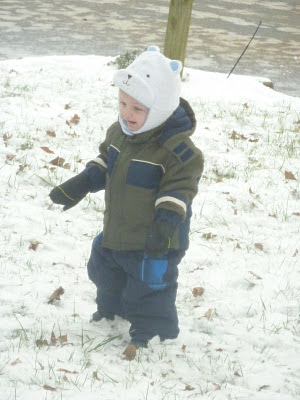 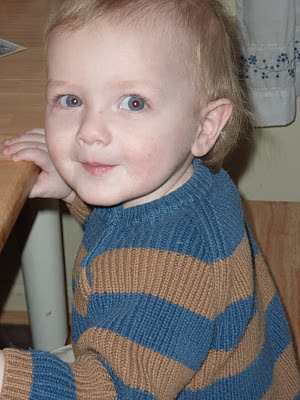 Below is he playing Wii with Asher and their cousin Ethan. Well, Asher is the only one actually playing Wii - but don't tell Sammy and Ethan! 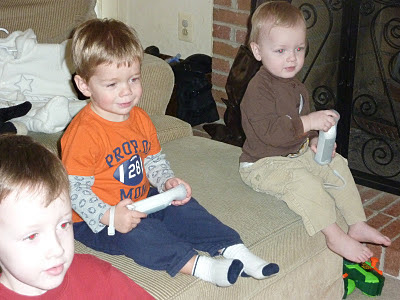 Gosh, it still chokes me up when I think of the drama and risk that this boy entered the world with. What on Earth would we do without him? What a blessing he is to us. I'm thankful for him every single day.
Posted by Nancy Sabina at 9:45 PM