Richard had the day off work for Columbus Day yesterday so we headed out for some family fun. It was nice to have a second "Saturday" since the original was taken up with Sterlingfest. We went to a nearby small zoo. I think it was better for our family than a big zoo anyway since the animals were all closer and more accessible. It's hard to point out a small animal barely in sight and get a 1 1/2 year old excited about it. But here, the animals were almost too close sometimes! 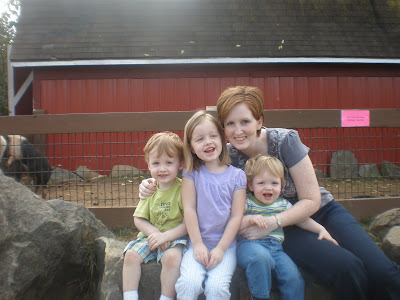 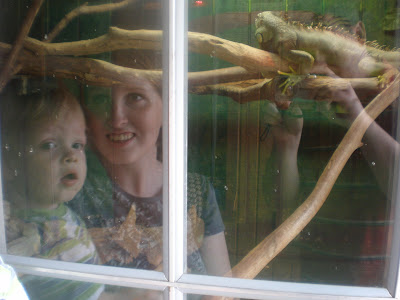 Take a good look at the background of the below picture. Those big yellow and black things are humongous pythons. 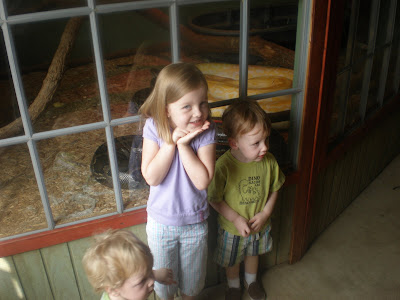 We were so proud of Naomi for going on a pony ride without a freak out. She wasn't scared! 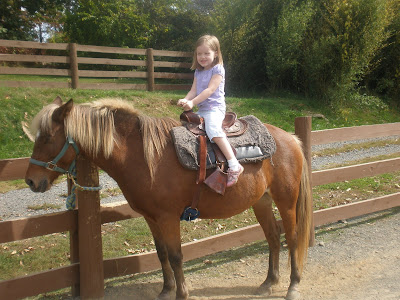 She was pretty darn proud, actually. We tried to get Asher to do it too and he wouldn't. 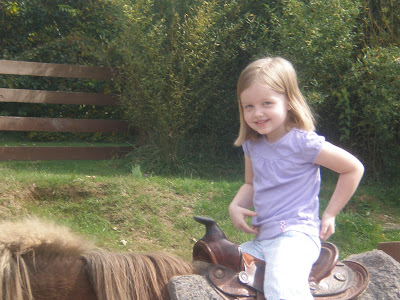 There were several major freak out's during the wagon ride. The scariest thing? An Emu. That's right. Tears from both Naomi and Asher because the Emu came a little too close for comfort. 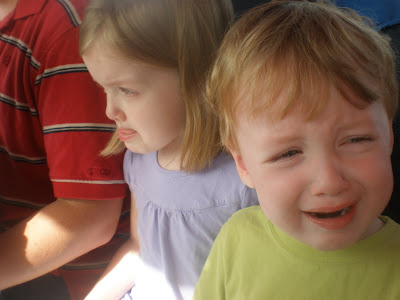 Feeding the sheep and goats was scary too until we figured out that Naomi could just hold the entire cup of feed up for them. 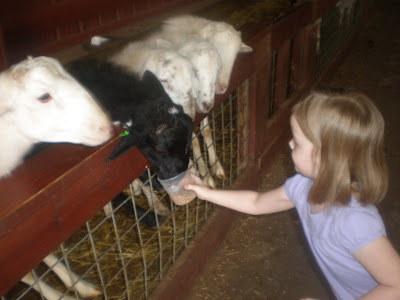 Asher was having none of it, though. He never let me set him down in this little barn. He was not OK with this situation. 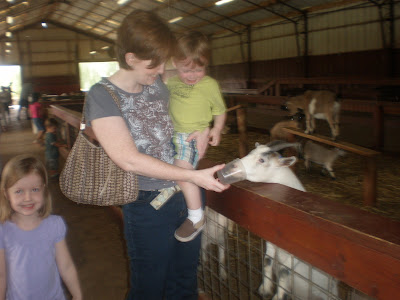 Isaiah couldn't have been happier. He was totally at ease and spent most of the time with his mouth hanging wide open in joy. 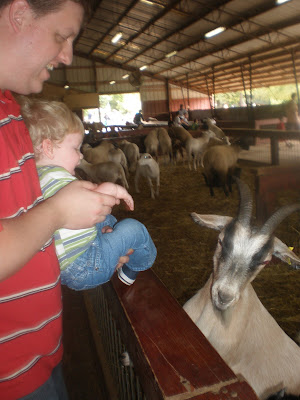 And making his one animal noise - a viscous growl. (see video at the very bottom) 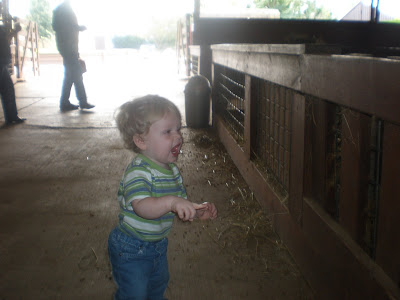 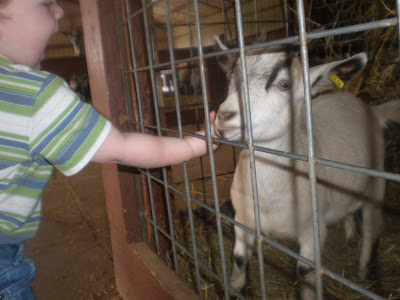 It was a very fun day. But apparently exhausting too. Our poor little Poochy didn't even make it the short drive home without conking out. 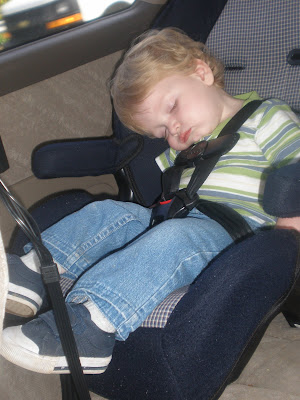 Here's a video of Isaiah growling at a bull. Check out those horns!
Posted by Nancy Sabina at 8:34 AM

i love seeing pictures of your kids. Isaiah's hair is really cute!

Those are some pretty amazing growls from Isaiah! I agree that the smaller zoos can be more fun. You look like an absolute supermodel!! Your haircut is lovely. And I love the ways your kids are wearing the same clothes as my kids. We must know how to shop sales!

Cool pics
FYI, that bull is an african Watusi. They have them in Animal Kingdom at WDW too. I thought it was ironic because I have actually thought about crossing my longhorns with Watusi for some serious length & girth.

Ooh! I want to go! Would you do it again?